Bergmann-Verlag Bundesliga 79/80 sticker #267, published in Germany. Bergmann included a small section on the previous season's European Cup final, including this sticker showing the only goal against Malmö FF. This is a less common image of Francis' header, a forlorn looking Jan Möller looking back as the ball hits the net. 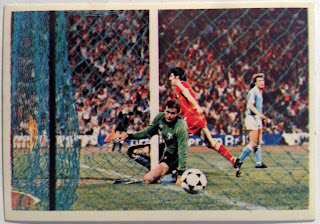 Štampa Aero Izdavač Evro Fudbal 1988 1989 sticker #446 Notingem Forest, published in Yugoslavia. When I bought this I was told it dated from the 1981/82 album, which would make sense as the picture appears to be of the Forest side before the 1980 Intercontinental Club Cup final, played in Tokyo in February 1981. A friend in Serbia however said the sticker is from the 1988/89 collection. 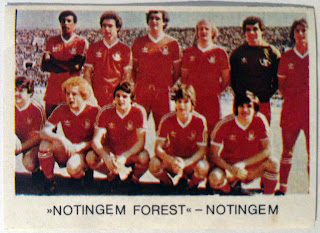 Godfrey Phillips 'Pinnace' Footballers card #721 A. Bennett, published in 1922.
The Pinnace series is massive collection of 2,462 different cards (including some rugby players) - and that doesn't take account duplicate cards of players appearing for different clubs or minor variations of the same card. If that isn't enough there are three different sizes too. The smallest are common enough, but the medium and postcard sized versions take some finding. The 'Pinnace' set was so large it took from 1920 to 1924 to publish.
There are at least two versions of the standard sized Bennett card, where the differences are subtle but nonetheless there. 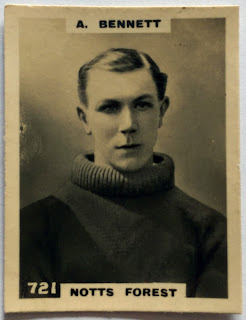 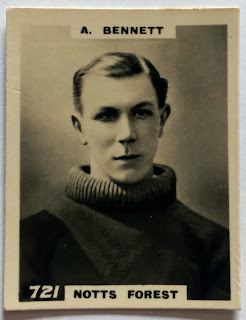 Shoot's Top 20 All-Stars card #19 Peter Shilton (pictured in England's colours), published by IPC and given away with Shoot! magazine on 9 October 1982. 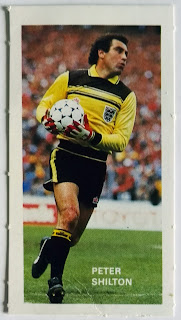 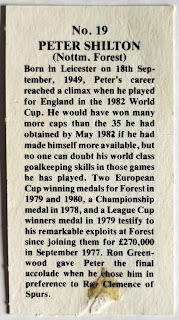 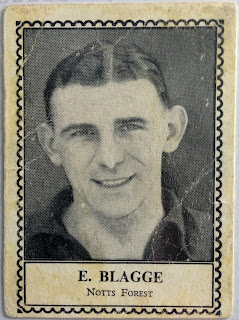 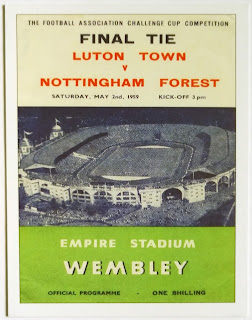 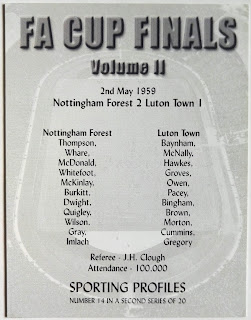